​Rich Cultural heritage
While travellers will be based in a modern hotel on the coast and rather far from any community, the trip provides them with opportunities to explore nearby areas that are rich in cultural heritage. Laona (plateau) is the main such nearby area, and home to a collection of well preserved stone-built villages (nine of them are presently inhabited), at the edge of Akamas peninsula. The area's remoteness contributed to the preservation of its architectural heritage.   Despite its proximity to the coast, the area escaped mass tourism development that characterises many of Cyprus coastal villages. The villages are perfect for relaxation and ecotourism, as well as for trying typical Cyprus dishes in the many restaurants  as well as tasting local wine (there are a few local wineries). The wider area boasts yet more picturesque villages, medieval chapels, watermills and a medieval bridge. Nearby Polis Chrysochous (under 10 km away from the hotel), the small town in the wider area, has a lively old quarter.

Cultural attractions on (or near) the itinerary include :
1) Many picturesque stone-built villages (Droushia, Inia, Neo Chorio, Pano Arodes, Kato Arodes, Kritou Terra, Peristerona and more)
2) Medieval chapels (including Agios Minas  close to Smigies picnic site, Agia Paraskevi, Agia Ekaterini
3) Skarfos medieval bridge
4) Watermills (including one near Agia Paraskevi chapel and one near Skarfos medieval bridge)
​5) Wineries
6) Medieval/ancient ruins inside Akamas and at Agios Georgios tis Pegeias
7) Deserted villages (eg Evretou)
Three days of escooter exploration of the coast, on Laona Plateau, on paved roads inside Akamas and through stone-built villages (with optional walks)
The trip constitutes a three-day exploration on escooter on Laona plateau, inside Akamas, along Chrysochou bay and around Evretou manmade lake. Travellers have at least four different routes to choose from. At the same time, along or very close to the coast, travellers have at least four different destinations (Smigies in Akamas, Baths of Aphrodite Cave, Latchi port, Polis Chrysochous) that can really be done over a number of days, and offer various experiences: different walks, possibility for cruises and coastal sea exploration, beach going, snorkeling and sea turtle spotting during the hot season, exploring a small laid-back town. A day inland, around the crescent-like Evretou manmade lake and passing by watermills, a medieval bridge and more adds even more diversity to the trip. A trip to the south coastal end of Akamas peninsula (with a visit to Avakas Gorge as a bonus), is a possibility, however the distance would definitely require a multi-hour recharge of the escooter battery. At the same time, as the scooters are foldable, travellers could, if they prefer, do one-way trips on the scooter and return in a taxi (two escooters should fit in the trunk of a normal sized taxi).

Natural Beauty, cultural heritage, gastronomy and wine
The trip takes participants through some excellent combinations of nature and cultural heritage on the island. A coastal plateau dotted by picturesque stone built villages, descents to the coast, and a route around a crescent like manmade lake. Participants will get opportunities for wine tasting as well as for dining in good village restaurants in Cyprus. Interested participants may combine the trip with some walking, swimming, snorkelling (possible sea turtle spotting during the hot season) and sea exploration.

Latchi​
​Travellers will be staying in a modern hotel on the coast between Latchi and Baths of Aphrodite Cave. There is no village here and the coast is not densely built. There is significantly developed tourism infrastructure in the form of restaurants, coffee places, bars and shops at the nearby fishing port of Latchi, or further east, in Polis town.
The itinerary (summary)
Day 1 - Arrive at the hotel - relax, receive the escooter, possibly visit nearby places
Day 2 - There are different routes along the coast. Travellers could certainly do all of them on the same day. However, depending on the experiences that they want to have, it could take them a good number of days to do all of them (say three).
Day 2 a) The route takes participants to Smiyies picnic area (via stone-built Neo Chorio village) and back (walks, sightseeing)
Day 2 b) Travellers can take a circular short ride to mythical small Baths of Aphrodite Cave (walks, sightseeing, swimming etc)
Day 2c) Travellers may visit Latchi port, in the opposite direction (cafe going, cruising). They could also go further east to Polis Chrysochous, the small town in the region (sightseeng, exploring).
Day 3 - The suggested route takes travellers via Androlykou village, the south part of Akamas ridge and Ineia village to south Lara beach. The descent to the west coast is recommended, with the return on the same road until Inia. Travellers could spend time at Lara beach and/or explore stone-built villages in the Laona plateau including Droushia, Ineia, Pano Arodes, Kato Arodes and Kathikas (it has many restaurants and a winery with excellent views).
Day 4  Explore Evretou manmade lake
The suggested option takes travellers inland and around crescent-like Evretou manmade lake, on the way visiting a number of picturesque villages including Peristerona, Filousa, and Simou. (sightseeing, exploration, possible walking)
Day 4 Other a)
Other possibility for the last day trip would be an ascent and a descent to/from the Laona plateau from its east side. The route goes through picturesque villages (Kritou Terra, Pano Akordaleia, Kato Akordaleia) and medieval chapels (Agia Ekaterini, Agia Paraskevi) (sightseeing, exploration, possible walking).
Day 4 Other b) descend to Avakas Gorge
The longest option takes travellers further south, closer to a more developed part of western Paphos. Those travellers who like to could explore Avakas Gorge and or pause at Agios Georgios tis Pegeias for a break and visit to local historical sites. (sightseeing, possible walking, winetasting, meal)
​Day 5 - morning - end of the trip

Detailed Itinerary (description for 4 nights trip)
On Day 1 travelers arrive to the hotel (and their rented Escooter equipment is delivered to them).  Depending on the time of arrival they could relax and or visit nearby places (eg Latchi port in the evening). 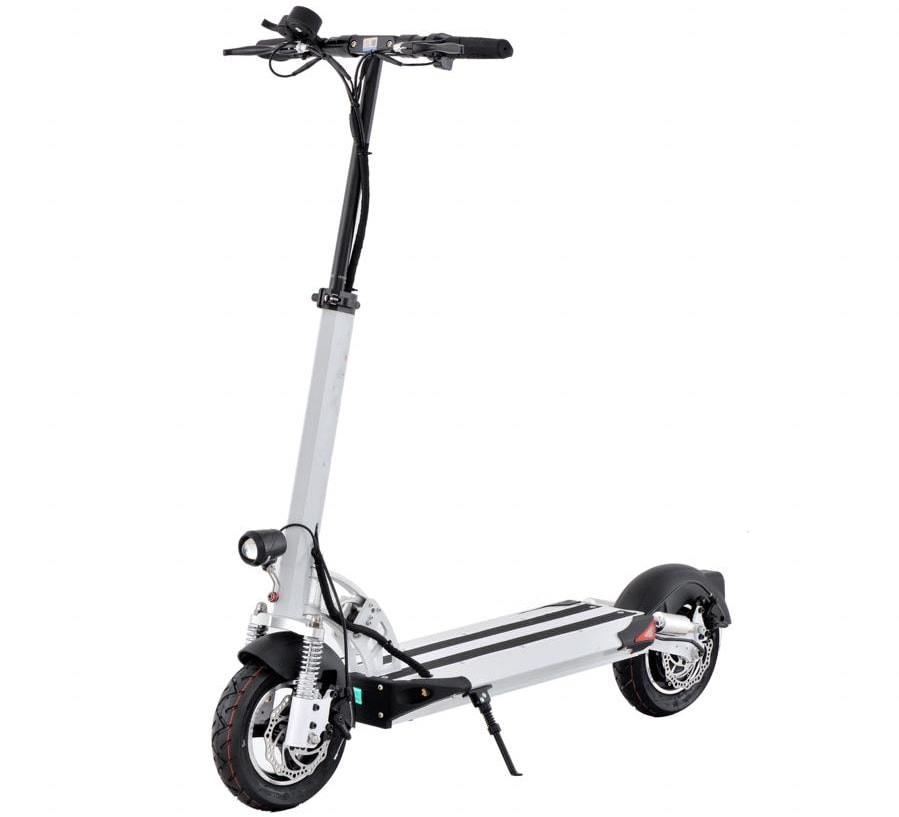 Foldable and easily transportable
Included accessories (besides a helmet and a lock, a charger, minitool, minipump and a carrying bag)
Summary of our services
We offer Independent Self–Guided travellers interested in exploring beautiful Cyprus, a menu of services:
The package
It includes the following:
a) Information on the escooter travel routes and nearby attractions, in the form of GPS readings, and a pdf roadbook.
b) Accommodation in a hotel on the coast between Baths of Aphrodite and Latchi -  (Aphrodite Beach Hotel or Souli beach hotel, if no availability at Aphrodite Beach Hotel) on a bed and breakfast basis.
c) Escooter equipment rental and relevant support
d) Escooter equipment transfer to the hotel at the start and from the hote at the end of the trip
e) On the ground support

Prices
The price for the standard package per person, for
a)  Double Occupancy basis is 360 Euro.
b) A solo traveller is 520 Euro.
c) Single rooms (when more than one person in the group) is 435 Euro.​
​BOOKING PROCESS
1) Once Customers study the extensive material, once they have their questions answered and are ready to proceed, they book the trip with us.
2) Then Cyprus Walks Etc works on the bookings.  We make a best effort to come back to the Customers with a reply within two working days.
If there is availability for all places (including alternative accommodations) then we notify the Customers and we proceed to step 3.
Otherwise, if some of the properties (including alternatives) are unavailable we notify the Customers. If they don't want to change the dates we provide them with full refund and cancel the booking.
3) We communicate to provide the Customers with the relevant material (GPS readings, PDF or printed files) at least one week before the trip.

TRAVEL INSURANCE
We expect that all users of our services will make all necessary arrangements to, and will for the duration of their trip with us, be covered by adequate insurance related to our services (personal accident, medical expenses, etc).

NOTES
​1) Please keep in mind that travellers may buy services from us for a longer version of the trip (eg, a 4-day route to explore both Evretou crescent-like manmade lake as well as Agios Georgios tis Pegeias). Or they may be interested in one of our other packages (eg the one in wine land and Troodos that is Omodos based).
2) Please note that at the time we supply the escooters to the travellers, we would require their passport (or similar) to have relative info with us as well as pre-authorization on their credit card, as security for the use of our scooters.
Book Now
BOOK NOW