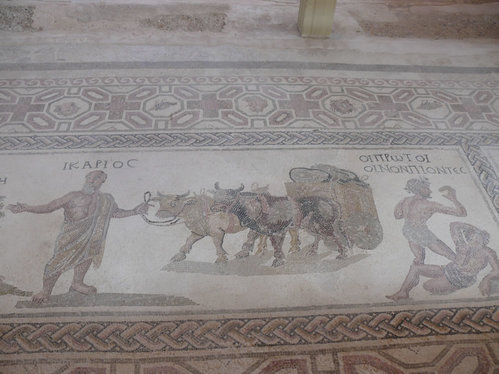 Unesco World Heritage Paphos Mosaics
​​Cyprus, the island of Aphrodite, is an excellent destination for travellers seeking to explore a sweet land with beautiful nature and rich history. Tucked just south of Asia Minor, Cyprus is found where Asia, Europe and Africa meet. Its strategic position has made it an important trading station, and has been the source of wealth and prosperity, but also of war and destruction. A multitude of empires, civilization, ethnicities and religions have come to the island (Greeks, Persians, Assyrians, Phoenicians, Egyptians, Romans, Byzantines, Francs, Venetians, Genoans, Ottomans, British, Turks, Armenians, Maronites, Pagans, Christians, Muslims, Arabs, Jews) saturating Cyprus with influences from near and far places, and enriching its culture tremendously. These influences can easily be observed in exquisite buildings found all around the island as well as in the local cuisine, the spoken language and customs and traditions. 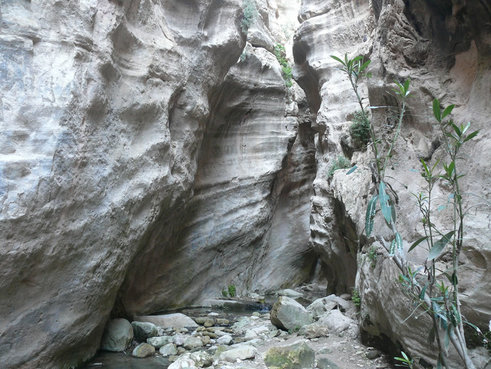 Avakas Gorge in Akamas
To experience these influences more clearly one needs to withdraw from busy Cyprus urban modern life to the walled cities (in Famagusta and divided Nicosia) and especially to the sleepy countryside, the stage of our walks. Cyprus, the third largest island in the Mediterranean Sea has a rich natural heritage and biodiverse flora and fauna. Its topography is dominated by two main mountain ranges, the narrow limestone Pentadactylos range in the north (max elevation around 1,000 m – 3,250 f) and the massive (with relation to the island size) Troodos mountain range (max elevation of almost 2,000 meters - 6,500 f) which covers more than ¼ of the island’s surface. Between them lies the dry Mesaoria plain extending from citrus growing Morphou in the west to the golden beaches of Famagusta in the east.
The few peninsulas on the island (notably Akamas, Karpasia) are prime areas for exploration on foot or bicycle and offer fantastic vistas in a largely undeveloped coastline. Together with Akrotiri wetlands, Larnaka salt lakes and Cape Greko they are very important as stopovers during avian migration in spring and autumn and are excellent locations for birdwatchers. Almost 400 bird species have been recorded on the island, as well as more than 30 mammal, 25 reptile, and about 2,000 plant species, 150 or so of which are endemic. ​

Our standard single-day exploration by car trips (by starting point)